Charles has had a pretty exciting autumn season. Following his front right leg amputation in September, I was able to finally get him to the vet to try and get to the bottom of his itchiness. But first we needed to solve the issues he was having with bad poops. The veterinarians guessed that with all of the other medications he had been on for the mystery issue that was ailing his right front leg, it is possible that they were inadvertently treating inflammatory bowel disease (IBD). And since he is no longer on those medications, it was reasonable to try a different diet to help with this suspected IBD. Thus, he was put on a new Rx diet, Hills I/D (for sensitive tummies). I was also directed to get him some probiotics (Proviable). With the combination, he hasn’t had any tummy problems and has had consistently great poops! What a relief.

Now, with the gastrointestinal situation seemingly under control, we could begin to address his itchy issues. You see, here again the doctors suspect that they were inadvertently treating his skin issues with the medications he had been on for his right front leg. The dermatologist told me about an injection that they have called Cytopoint, which contains monoclonal antibodies that bind to a protein in the itch response biosynthetic pathway. This sounded like it was worth a try and let me tell you, it is like MAGIC. We still needed to treat the superficial bacteria and yeasts that were on his paws/skin, but meanwhile he was SO MUCH LESS ITCHY. And after getting a handle on his skin infection, this boy has been cone-free for some time now. This is a HUGE turnaround for us.

Additionally, I got Charles a stroller which has enabled us to go on some longer walks. I don’t know who enjoys the walks more between him or I. And with being able to exercise more and not taking prednisone anymore, he has even lost a couple of pounds! This is great news for the long-term health of this lil short-legged tripawd boy.

In November, Charles celebrated his 7th birthday. This is a HUGE milestone given all of the health issues that he has had in the last three years. From a liver failure diagnosis and “grim” prognosis in February of 2016, followed by leg amputation in September of 2018, to see his seventh birthday was a great blessing. And since Charles is feeling so well, I took him to PetCo for the first time ever to pick out some birthday gifts. I got him seven things for seven years. He was a very happy pup. 🙂

Furthermore, Charles has now gained some real fame by being selected as a top 4 finalist in the Barkchshler, an online series by one of the Try Guys. Charles now has over 50K followers on instagram. I am trying to use his account to be an inspiration to his followers as well as to show people how well tripawd dogs can get along!

As if that wasn’t enough, as you can see, Charles’s third eyelid was more prominent and red than I knew it should be at the start of last week (and it had been for several weeks at this point). I made the decision to have him seen by an opthamologist, and what they observed was that he had some cloudiness in his vitreous humor (the fluid that fills they eye), indicating that there were inflammatory cells in his eye. He was prescribed some steroid eyedrops for a few weeks to see if the issue resolves itself. After just over a week, the third eyelid has gone back to normal and we need not worry about him having cherry eye and needing an additional surgery! I will wait for official word on this when we go to the vet again in January to get his liver values checked and also let the doctors re-evaluate his eye.

In the meantime, it is about time to start traveling for the holidays. I want to say thank you so much to the tripawd community. You have been so supportive and I don’t know where I would be without the strength and encouragement that I receive from this little family. I wish you and all of your tripawds the happiest of holidays. Travel safely and we will see you next year! 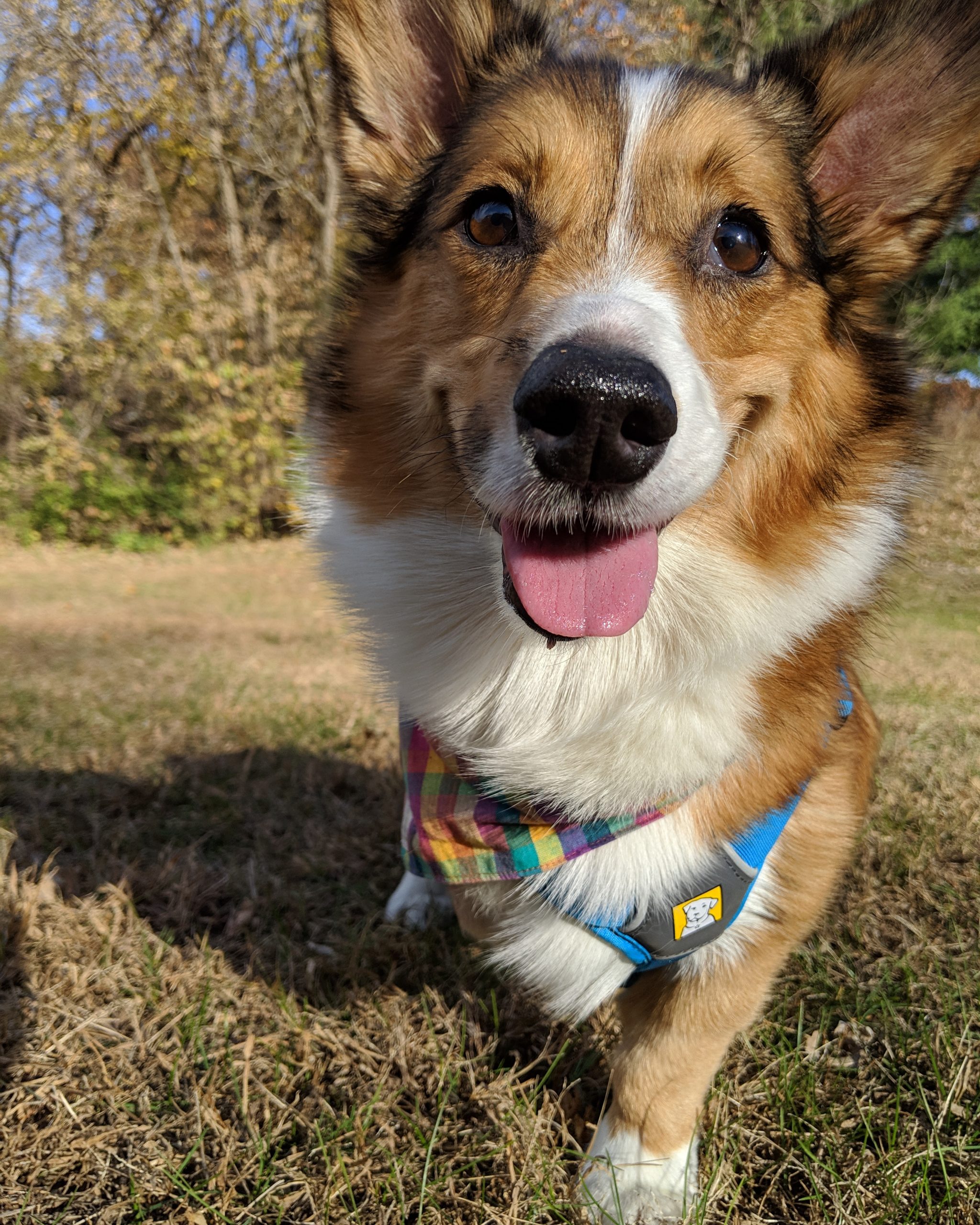 This site uses Akismet to reduce spam. Learn how your comment data is processed.

About Your Tripawds Blog:

New Tripawds Bloggers: Please review your default first blog post at left for lots of helpful links for getting started with your blog or review the Help Videos in your dashboard. Edit these widgets from your Appearance settings to remove this notice, upload a custom header photo, or choose from 130+ themes, and much more!